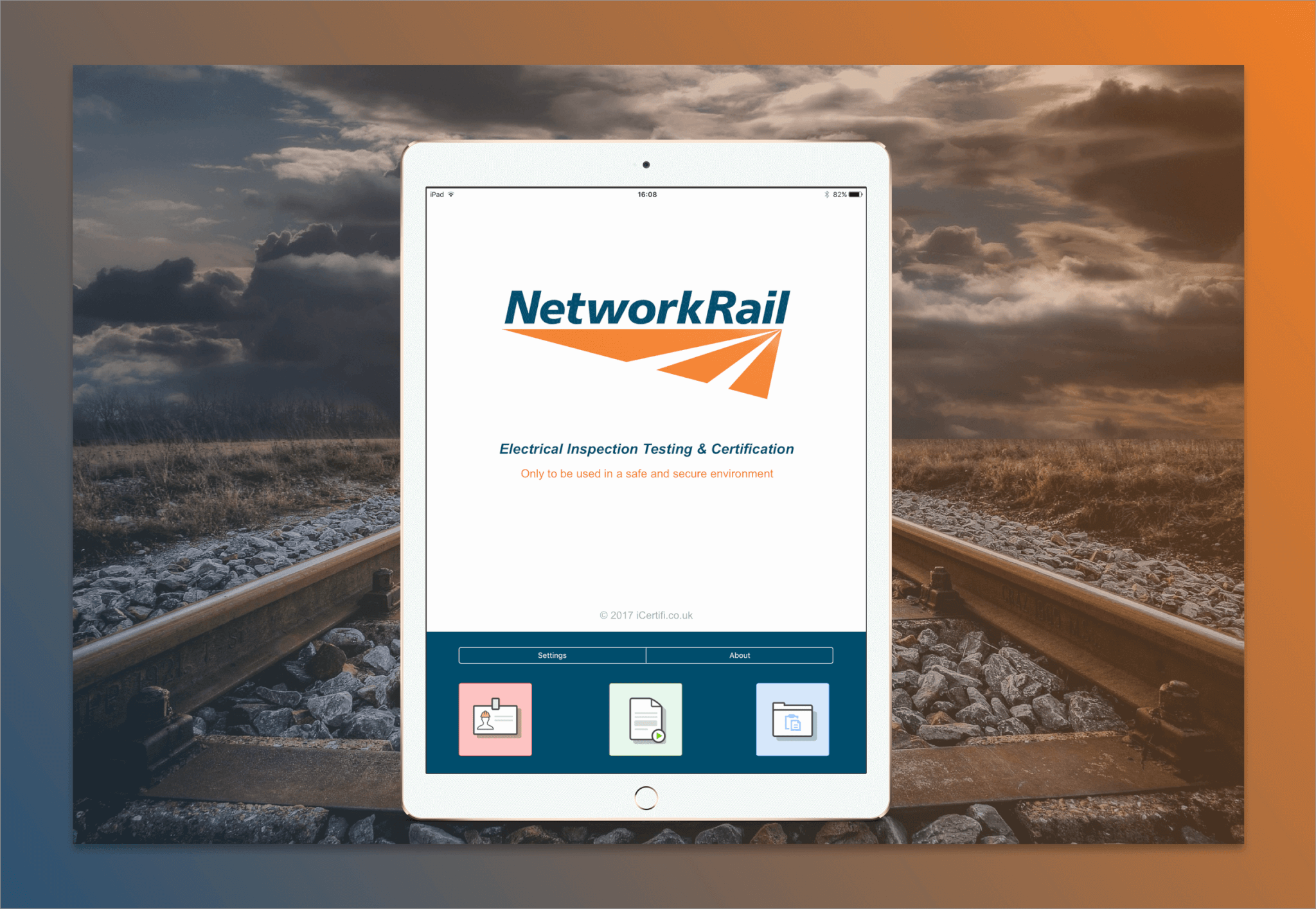 Recently we were approached by Network Rail to streamline and standardise their BS7671 electrical certification throughout the UK’s railway infrastructure.

Network Rail is the owner and manager of most of the rail network in England, Scotland and Wales. As a trusted electrical certificate provider with a proven record in the industry we were delighted to assist in modernising the way the railway network looks after its electrical safety. After a meeting at Network Rail’s HQ we came up with a customised version of iCertifi that allowed additional information specific to the railway networks in the UK.  This is distributed through Network Rail’s own dedicated App store to their own electrical inspectors.  Apart from a few railway specific changes, it’s the same app electricians, local authorities and electrical inspector’s use every day for BS7671 electrical testing, inspection, and certification.