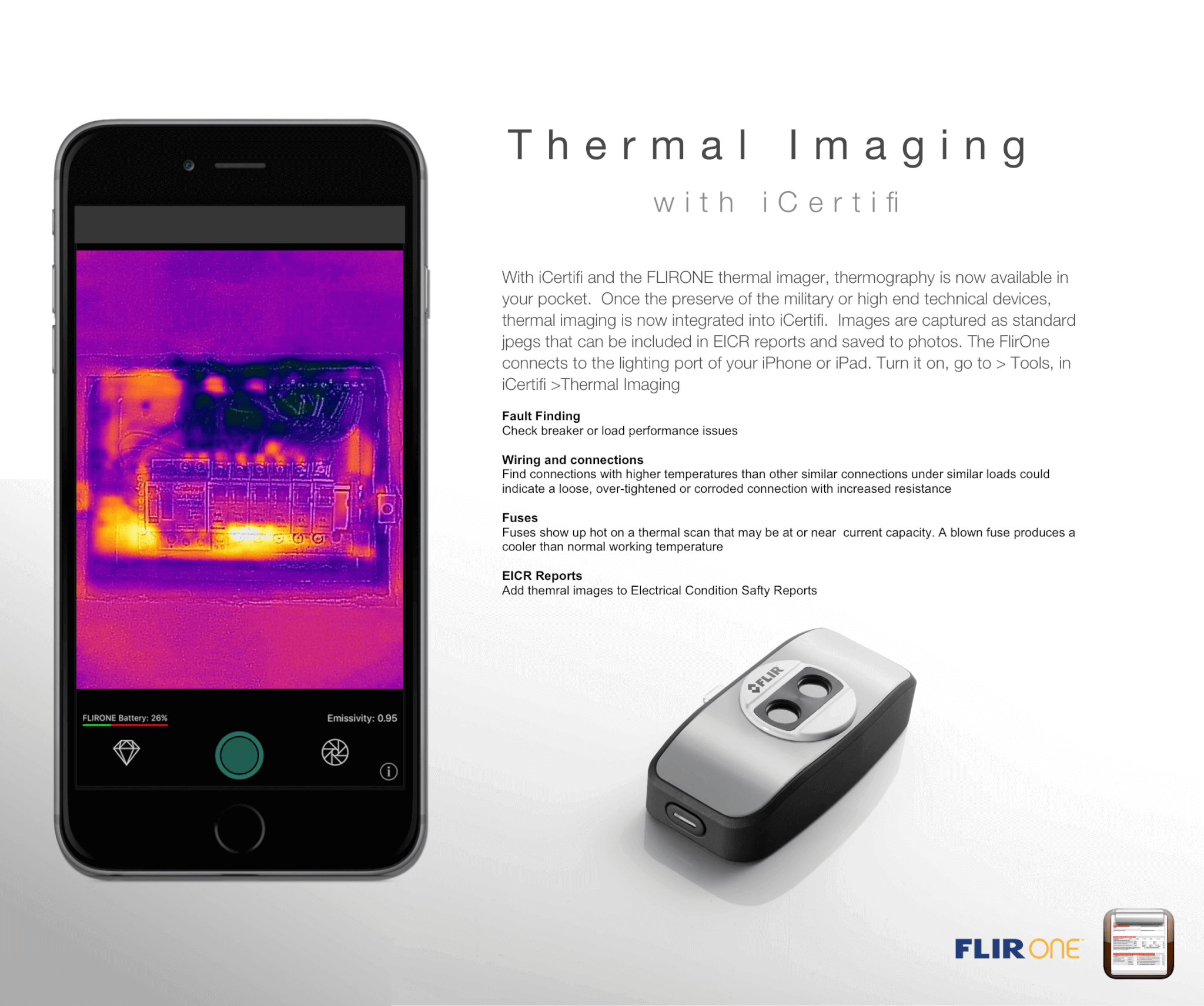 In another first, iCertifi offers thermal imaging by attaching a FLIRONE to the lightning port of your iPhone or IPad.

Thermal Images are saved directly to your iOS device and can be added to EICR reports instantly.  No need for SD cards or transferring data back at the office

Thermal Imaging with iCertifi and FLIR ONE

Once the preserve of the military and high end expensive equipment, electrical contractors can now offer thermal imaging at a fraction of the cost.  In fact its now affordable to offer customers thermal imaging as part of an EICR report.  Using infrared technology on an electrical installation is an effective method of predictive maintenance and fault finding prior to equipment failure.  Use on busbars, distribution/fuse boards, high voltage systems, transformers, control panels and more